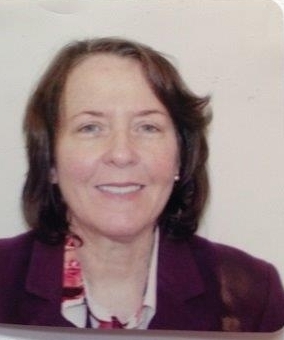 Linda Burns is co-chair of the Membership Committee and a member of MRT’s Board of Trustees. With her co-chair Gena Ansell-Lande, Linda is responsible for recruiting, orienting, and welcoming our new members, as well as connecting new members with established members. In her engagement with MRT, Linda has noted that “you can take on a volunteer job at MRT that is totally different than your ‘day job’, thus allowing you to experiment in expanding your skills”. Linda’s variety of experiences at MRT exemplifies that view.

Linda, a native of West Hempstead, Long Island, has lived in Monmouth County since 1988. Her professional career has been in the Human Resources area for tech and pharmaceutical companies. Currently, she is the Head of HR for the US office of Helsinn, a Swiss pharmaceutical company. She and her daughter Leah joined MRT in 1998, shortly after Linda’s marriage ended in divorce. Linda was attracted to MRT by Rabbi Priesand’s reputation as the first woman rabbi, and was comfortable with the large number of interfaith families at MRT. As Linda engaged with MRT, so did Leah, who served as President of our Senior Youth Group. (Leah has since become a practicing civil engineer.)

At MRT, Linda has jumped into several areas that are new and different from her professional life. She has been the head of the Outreach Committee (welcoming interfaith families), been the chair of the Religious Education Committee (and had a first stint on the Board), led a community outreach project in an early Mitzvah Day, and served in the leadership of the Arts Festival as chair of the Ad Journal. In each of these positions, Linda found a mentor at MRT who asked and encouraged her to become involved and taught her what she needed to succeed. Among those mentors were Roy Eisen, Bob Gabel, Arlene Berg, Gayle Horvath, Alice Berman, Rich Sachs, and Joel Morgovsky.

Beyond MRT, Linda serves on the Board of the Monmouth Symphony Orchestra, where she is the chair of the Program Journal.

Linda appreciates the ways that she had been given an opportunity at MRT to try new jobs and tasks, beyond her “real-world” career, and feels satisfaction in being able to make a contribution to the larger community in which she lives.